We All Love Lucy: Tribute To A Very Good Dog

(as my sprained wrists continue to heal, please excuse the 'cut and paste' memorial i've made for my sweet little lucy girl. thank you everyone for stopping by.) 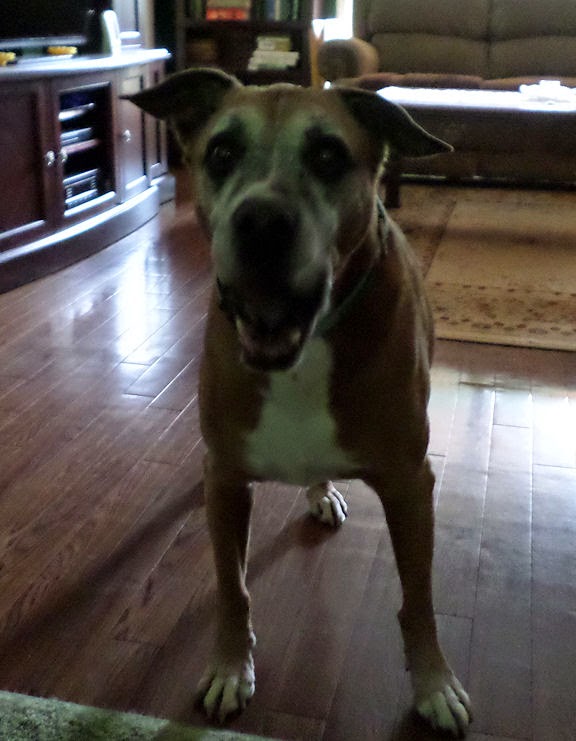 Breed: BoxerSire: Max CasonDam: Bell CasonBirth: March 5, 2003, Hoboken, Brantley County, GeorgiaDeath: August 1, 2014, Waycross, Ware County, GeorgiaBurial: FindAGrave Memorial It was a wet, stormy Tuesday evening here in southeastern Georgia when we brought Lucy home that April 8th. It rained so hard it was a real frog strangler. The young lady who bred the parents and raised her the first few weeks was very good to the puppies, I could tell. I think she'd been weaned only an hour before we bought her though! She had some wicked sharp teeth. The parent dogs were also well cared for with good personalities, something I was told to look for. Lucy stood out in the crowd of six puppies. I just had to have her. It was love at first sight for all of us. 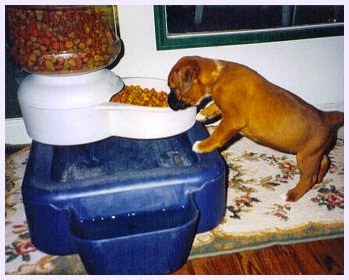 Lucy Was A Bottomless Pit
At Meal Time

Hubby gave her the moniker. I wanted to stick the handle "Boots" on her because of her white feet, but, no, hubby said she looks like a Lucy. So, Lucy it was. 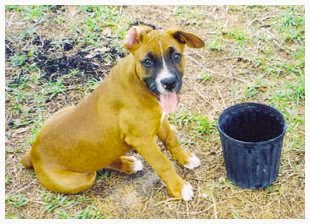 Her Idea Of A "Pot Party"
She had a rocky start with Maxie but eventually they got along like old bud's. I'm so glad. Lucy was 6 weeks old on April 16, 2003 and already displayed LOTS of personality! She was so adorable and very intelligent with sweet searching eyes. She was an excellent companion, good watch dog, and quite sociable. It was a very happy day when we welcomed this little bundle into our family and hearts. 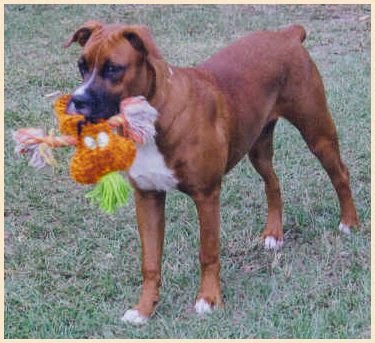 The Orange "Thing" Was Her Favorite Toy

By July 21, 2008, Lucy had been limping rather badly for several days. So, we took her to the Vet to be examined. After X-rays, Vet told us she suffered from "ruptured cruciate ligament in the right stifle with arthritic changes in the left hip". Which meant it could not be fixed nor changed. She began taking a mild pain medication and glucosamine for the joints. This slowed down the degeneration a little and hopefully offered some relief. But I knew that Lucy was just handed a death sentence. Hip problems is how we lost our first big dog, Lady. Again, more sickness for the poor kid. On August 1st she was rushed to the Vet, again, and we received the devastating diagnosis that she had contracted stomach cancer. Also by now the leg problems completely overwhelmed her aging body. She was paralyzed and in excruciating pain. We made the agonizing decision to give her permanent rest. Poor thing had lost so much weight and fur she was almost unrecognizable. Her life had become one of misery. Lucy went peacefully to sleep with me petting her gently on Friday at 10:11 am. Do you know, she was still "smiling" like she always did?! What a sweetie she was. Lucy rests next to her best little buddy Maxie under the big oak trees in our personal pet cemetery. Everyone who knew her misses her very much. I know I do.

Oh Sparky, I am so sorry for your loss! I know how hard that decision is, even when it offers an end to pain and suffering. I fear very soon we will have the same decision to make with our Cody, as his tumor is growing rapidly.

If I were there, I would give you a good hug, and shed a few tears over our beloved dogs who have passed on before us.

What a precious smile Lucy had. I know you will miss her. I am so very sorry for your loss. No matter how long we have our pets, it never seems like long enough. You both gave her a wonderful, loving home and I know she gave you guys such affection and joy.
God bless. Love you.

Empathize with your heart break. We have a boxer in our family--Daughter's family has Powers. They are such sweet dogs, but he is an old fellow now too. Praying your sweet memories of God's gift of a great companion help you in the days to come.

You know that Steve & you are in our prayers. What a wonderful tribute and memories. Blessings

Oh Sparky, that's so sad. Made me cry. She was a beauty. She'll always be remembered. Those types of fur-babies are never forgotten.
Hope your wrist heals fast. Take care.

What a sweet companion your Lucy must have been. I'm sorry about your loss.

I am truly sorry for the loss of your sweet Lucy, but was glad through this post, to get to know her. She surely was a sweetie. Now free from terrible pain and for that, she is smiling.

thank you everyone. i can feel the love and prayers and appreciate the kindness beyond words. HUGS in return.
onward and upward.
luv :)

So sorry, I know just how you feel it has been years and we still think about our sweet cat black that lived with us 18 years.

I'm so sorry for your loss. She was a beautiful dog.

Not a day goes by that someone doesn't come to mind...a sweet memory or their loving crankiness. they were, and are, all loved. the way I honor the dead is to care, the best I can, for the living. Pam, you're in my thoughts and prayers.

You wrote this very well for somehow I find myself needing a tissue for a sweet pup I never knew. You loved her to the very end and beyond and have done the most loving thing you could have for her. Sweet Lucy. Somehow, I am glad that your husband prevailed in naming her. 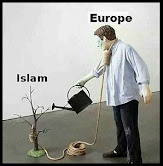 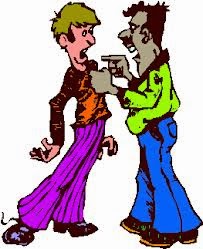 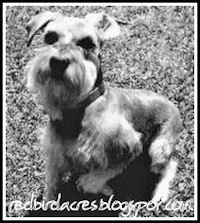 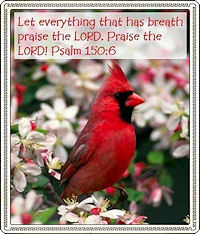